Having the best android antivirus installed on your smartphone is very essential. The Android is the most widely used operating system (OS) in the world, this means that it will be the target for most malicious users.

There are a lot of things that are done with the android devices, some of them include mobile banking, shopping online, surfing the internet, and more. All these activities put the device at risk of infection from different malware of all manner.

We’ll also discuss if it’s free or paid android antivirus software alongside some of the features, specs, pros, and cons that they come with. Let’s get started as quickly.

The following are the 10 best android antivirus software for your smartphones free and paid version:

This antivirus software offers real time protection for Google’s Chrome browser, and it also comes with an autopilot features that makes recommendation for the security procedures you can take on your android smartphones.

The software also makes it possible to locate your device remotely, you can also wipe all the information on your phone in case you lost it. The app is totally free and one of the disadvantage is that it contains a lot of ads.

Where to buy the Android Antivirus Pack

Norton Mobile security for android offers a lot of amazing features to their users. They have an App Advisor that is powered by the Norton insight, and vet app for any possible private risk. They also prevent all forms of overtaxing on your android phone which could drain your battery.

In the antivirus test that was conducted, Norton Mobile Security has a very good score. Other feature of the antivirus includes blocking of spam calls, Wi-Fi security and anti-theft features.

All these features add up to make the app a good antivirus software for android devices. The Software comes with a price but the price is totally worth it and the app let you use it on 3 separate devices.

Avast Mobile Security is one of the best android antivirus software, the pro antivirus giant has produced a top notch antivirus for android devices. The app goes beyond just scanning the phone for virus, the antivirus has a good performance at the testing lab.

Avast have a lot of features like the anti-theft system, this help you to lock or wipe the information on your phone in case it was stolen. The App also comes with some performance enhancing side features, it comes with a Junk cleaner that helps you clear up your space.

It also comes with a RAM booster, this helps you to increase the speed of your android device. The app used to be paid for but they have made it free now, but it contains a lot of ads. There is an option for you to pay for the premium so that the ads can be removed.

The app also comes with another feature called the in-app locking, this will make your phone request for pin before opening some certain apps. This will prevent malwares from launching some of your sensitive apps in your android device.

The AVG is another high quality app that you can use to secure your android phone from malwares. The app delivers high level of protection for free. The apps also use the same engine with the avast that I mentioned above.

It also comes with a photo vault that will secure all your images, Wi-Fi security scanner, app lock, and call blocker. The app has some enhancement feature that will increase the performance of the phone.

The pro version is not free and you have to pay for it. You have the option to try out the Pro version for 14 days.

The Kaspersky have built their reputation over the years and they are now ranked with high antivirus software. The free version of the app comes with a lot of security features including a top notch malware detection.

The app has a good score in the testing lab as it performance against malwares and viruses were impressive. It also comes with anti-theft features that allow you get the location of your stolen device.

You can also lock it or the wipe the information on the phone. There is also an option for you to snap the picture of the person currently using the device. The app also supports android ware which makes the security management easy.

Trend Micro Mobile doesn’t only scan the new devices for malware, it also prevents the newly downloaded app from accessing other applications on the phone.

There is a built in sensitive scanner for Facebook that comes with the phone, it will notify you if your profile is displaying sensitive information.

Some of the other features of the phone include anti-theft, Wi-Fi checker, parental control and a Pay Guard that ensures your online payment are secured.

McAfee antivirus is a well-known antivirus software, when it comes to Android protection, they don’t disappoint at all. The app comes with a lot of anti-theft features. You can also scan for leaked sensitive information on your phone.

The antivirus has performance boosters like storage cleaner, and battery booster. The free version has a lot of ads but you can upgrade to the premium version with no ads.

The Sophos Intercept X for Mobile app helps you to scan for malwares on your phone and get rid of them. The antivirus has a good rating when it comes to securing the phone against viruses and malwares.

It also alerts you if there are apps on your android phone that can lead to sensitive information. The good part of the app is that it is completely free and it doesn’t have ads like other apps do.

AhnLab V3 Mobile Securityis also a good antivirus for android phones and it was built in South Africa. It has 100% rating when it comes to protection against malwares and viruses. The app can run well on older versions of android and it doesn’t require a lot of resources to run.

It also has performance enhancement features that will help you boost your phone performance. The antivirus also has privacy cleaner which keeps your information save.

The Avira antivirus is another proficient antivirus for android devices. It has a lot of features too that will help you safe guard your phone.

It has a lock app feature, malware protection, anti-theft, and privacy cleaner. The app has a free version but it contains a lot of ads, so you have to upgrade to get rid of ads if you want to.

Here, I have highlight above the 10 best antivirus software that you can use to protect your android phones from virus and malware. Most of the apps are downloadable for free and you can upgrade if you want more features from the antivirus.

The biggest disadvantages that most of this antivirus has it that the free version contains lot of ads, and getting rid of the ads, upgrade is required which one may not have the cash to forward this process.

Let us know if you have any question, so as to forward the answer to your question as soon as possible. 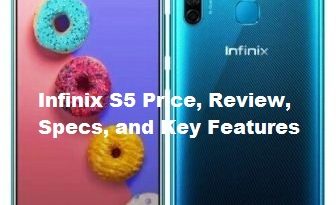 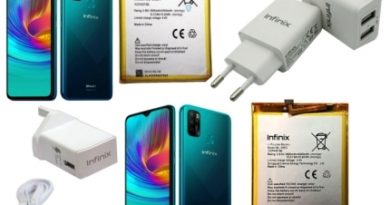 A Guide On How To Detect Original & Fake Infinix Phones, Batteries, & Chargers 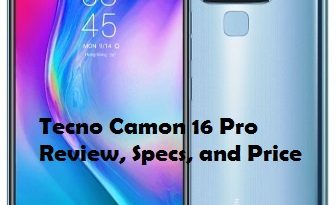